Harshbarger Hosta Society
“There is no greater expression of art than creating a beautiful garden, or more rewarding joy than sharing its delights with others.” Gretchen Harshbarger
Our hosta society is named for Gretchen Harshbarger. In 1987 a group of Gretchen's friends decided to expand their informal group to a wider audience. The society was named for Gretchen to recognize her influence in promoting hostas in Iowa. With all the interesting programs and the numerous door prizes, the hosta group rapidly increased in membership. In 1987 we sponsored the Midwest Hosta Society Meeting. In 1993 we sponsored the American Hosta Society Convention and in 2000 we did another Midwest Convention.

After 1993, several Harshbarger members participated in the formation of the Russ O'Harra Hosta Society in Des Moines, the Dubuque Regional Hosta Society and in the Mississippi Valley Hosta Society in the Quad-Cities. All of these hosta societies are thriving in Iowa.

Harshbarger Society members meet on the third Tuesday of April at the Coralville Library, bottom level. Ours social time starts at 6:30 pm, program at 7:00 pm and the meeting begins around 8:00 pm. Our fall meeting has been held at the Wickiup Learning Center, Toddville, usually the third Sunday in September, along with a pot-luck and speaker. 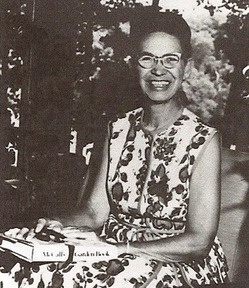 Gretchen Fisher Harshbarger 1906-1989
Gretchen Fisher Harshbarger was a native Iowan and niece of the seeds man, Henry Field. In 1928 she received a BLA from Cornell University in landscape architecture. During her long career she wrote articles, provided illustrations and photographs and was an editor for various publications in the US and Europe. Her articles were featured in Better Homes and Gardens, Household Magazine and American Home. Gretchen was the author of the McCall’s Garden Book published in 1967. She was the recipient of the “Asta” award for outstanding professional writing in horticulture.

Gretchen wrote, “The hosta plant is always at the top of my list. I grow it primarily because of its dramatically lovely leaves. The plants are so handsome that one would be willing to work hard to keep them growing well, but they do not need pampering for they are as tough as they are beautiful.”

She and her husband, Clay, raised two sons in Iowa City. Gretchen was one of the founders of Project GREEN (Grow to Reach Environmental Excellence Now) and provided so much knowledge and time to this highly successful organization in Iowa City. She threw her energy into the organization of the Midwest Hosta Society. Her riverbank home featured perfectly groomed hosta terraces, stepping down to the Iowa River.

In 1988, a local group of enthusiastic hosta growers voted unanimously to name their new organization the Harshbarger Hosta Society, honoring the person who contributed so much knowledge to the study and appreciation of the genus hosta.

Perhaps Gretchen’s most famous quotation is written on a bookmark owned by several of our club’s members - “There is no greater expression of art than creating a beautiful garden, or more rewarding joy than sharing its delights with others.”